Sitting under the shelter of a gas station, Sadi and Brandon patiently waited for the storm to pass so they could continue their journey on their Harley. It may not have been the most pleasant weather for a summer ride, but the two enjoyed each other’s undivided attention despite the inconvenient timing of the rain.

Like a memorable ride initially disguised by bad weather, sometimes love unfolds the same way. When Sadi and Brandon met in the fall of 2012, the two weren’t initially attracted to each other. As time went on, however, their attraction for each other grew, and by December, the two had officially started dating. 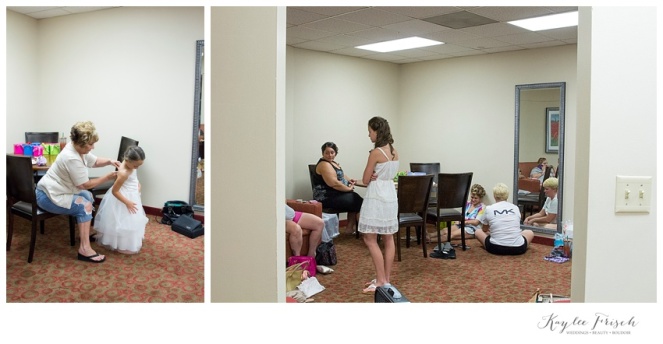 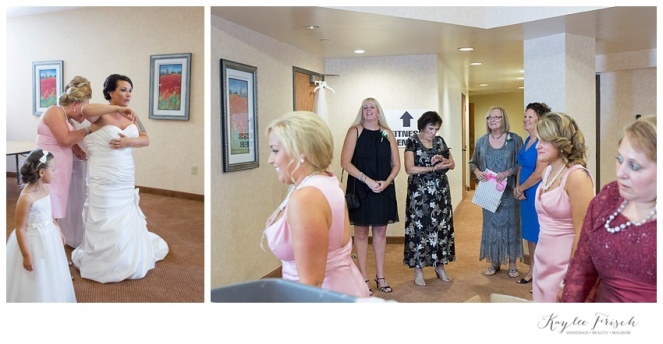 After Sadi finished getting ready and left the room, her father took a quiet moment by himself to reflect… 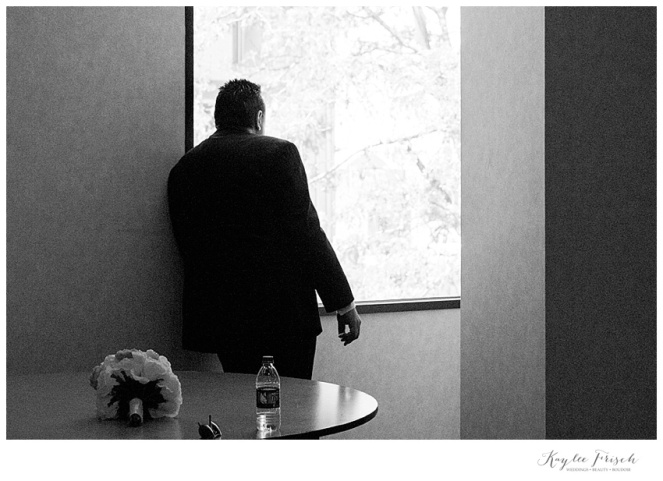 Meanwhile, Brandon and the guys finished getting ready while my second shooter, Kassie, documented it all. 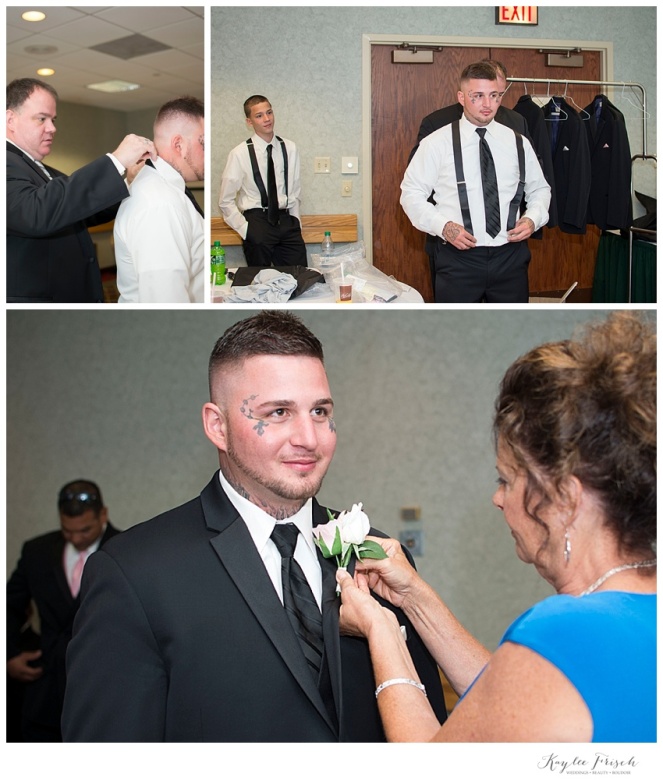 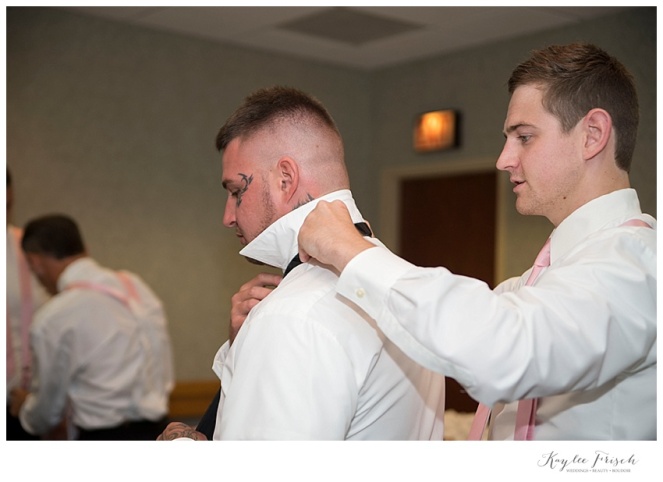 The ceremony took place under the pergola in the outdoor garden space at the Holiday Inn of Appleton. 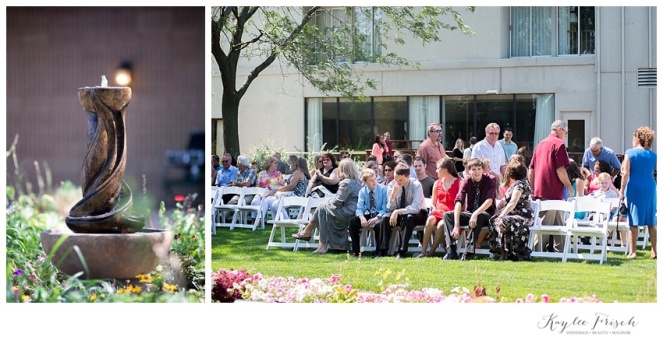 According to Sadi, Brandon would say that her and her daughter Bralen were a packaged deal. Brandon welcomed Bralen with open arms, and immediately accepted her as his own. 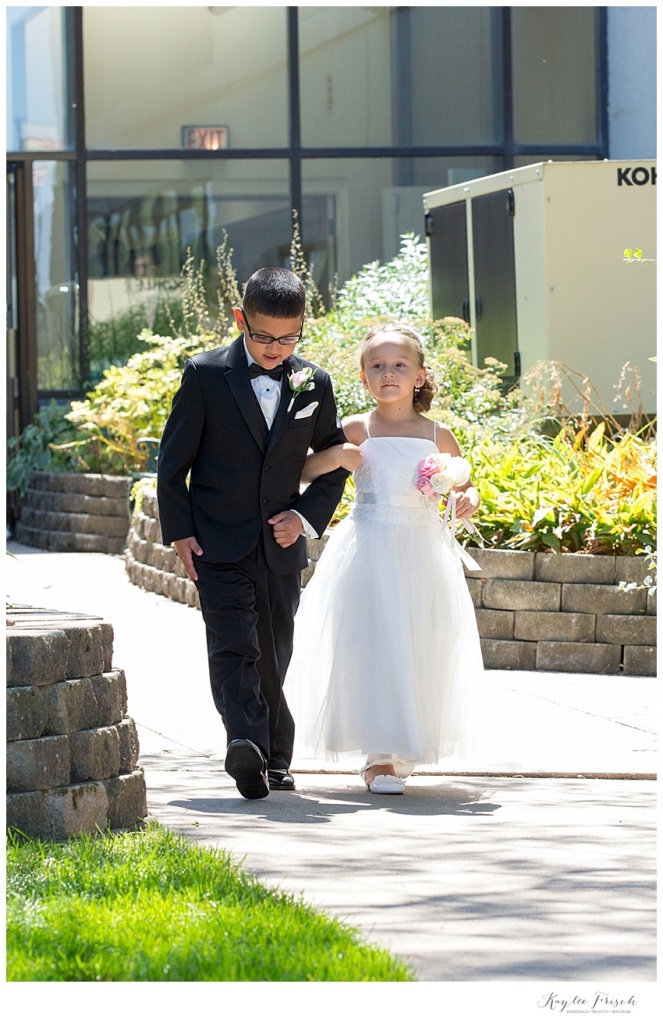 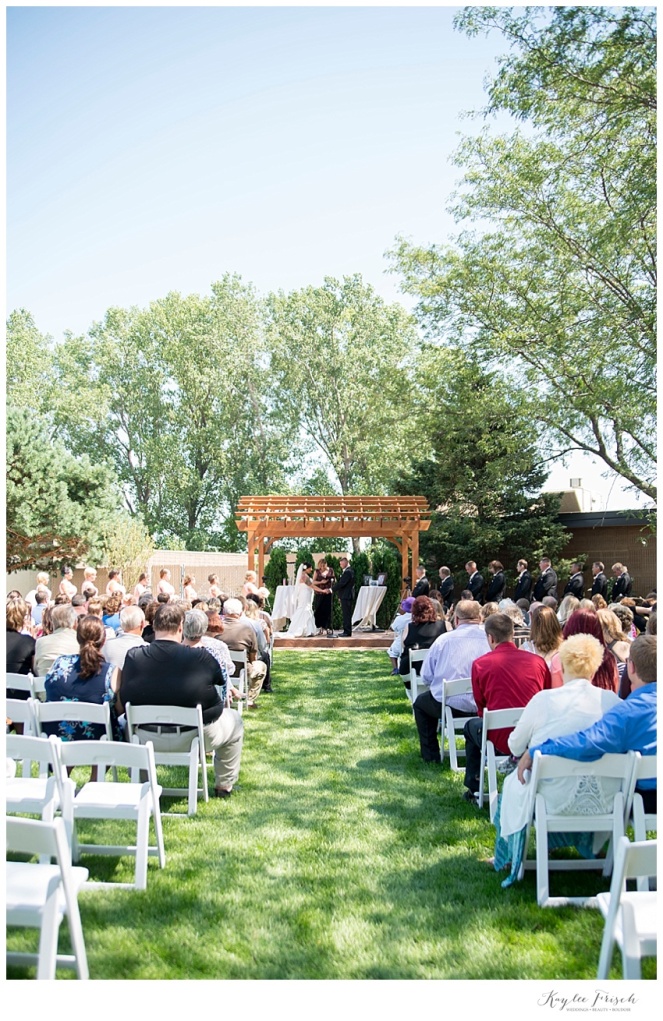 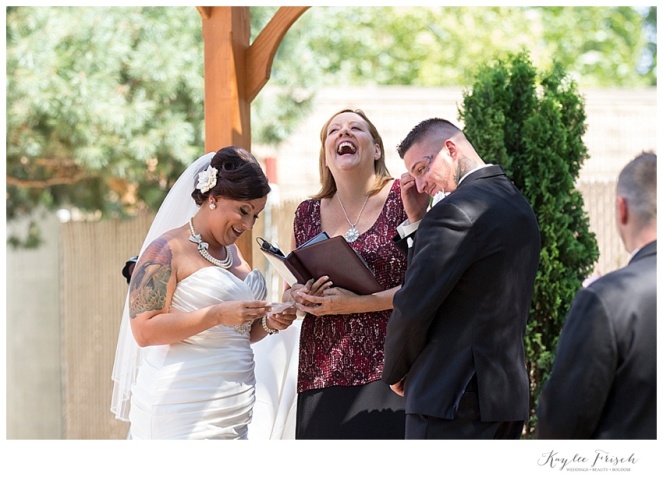 The handwritten vows were both heartwarming and hysterical!  :D 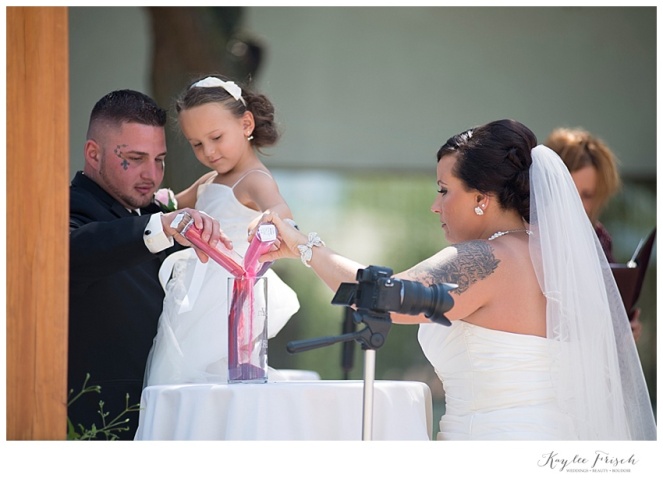 Above: Brandon, Sadi and Bralen do a blending of the sand ceremony. Below: Brandon is given the go-ahead to kiss his bride!

“Get it gurrrrrl!” Or was this the “Get it boyyyyy” chanting? Either way, we had fun and the bride and groom had no problem stealing a kiss with an audience! 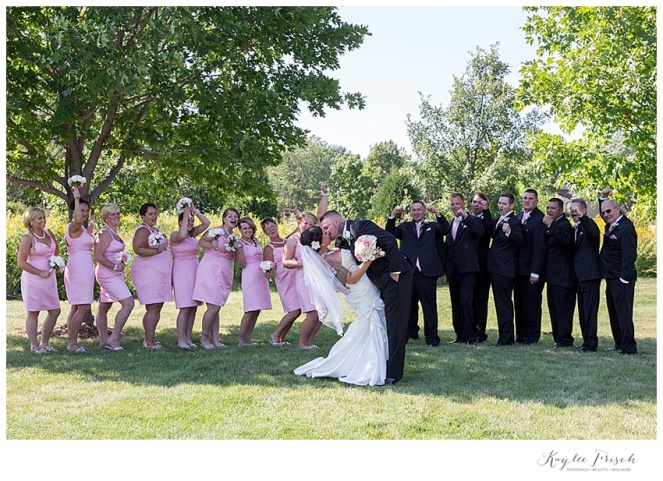 The bridal party portraits were taken in the luscious landscaping of the Scheig Center at Memorial Park in Appleton. 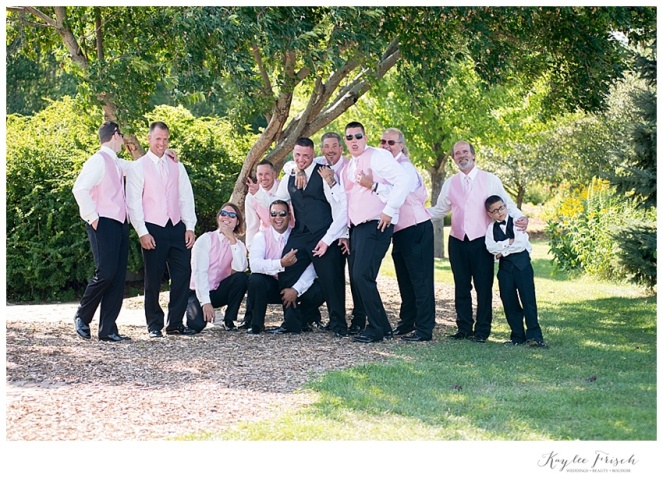 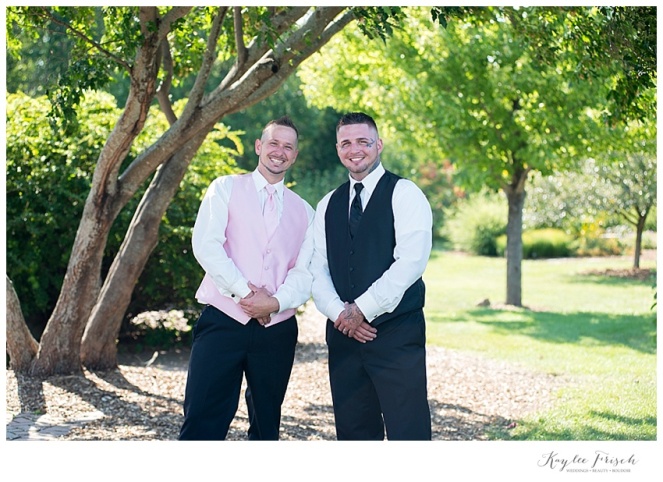 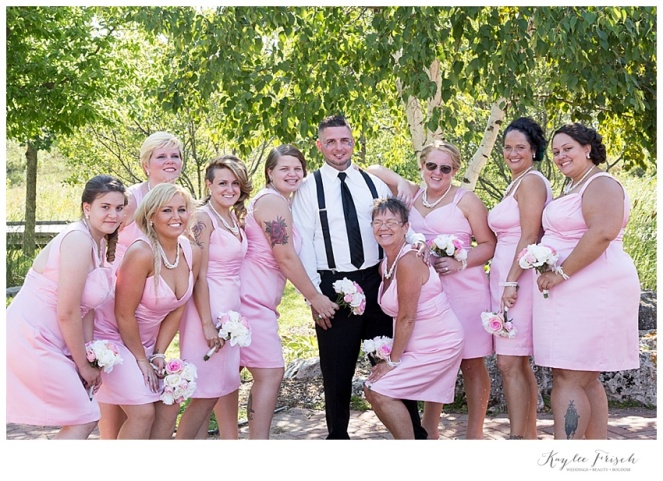 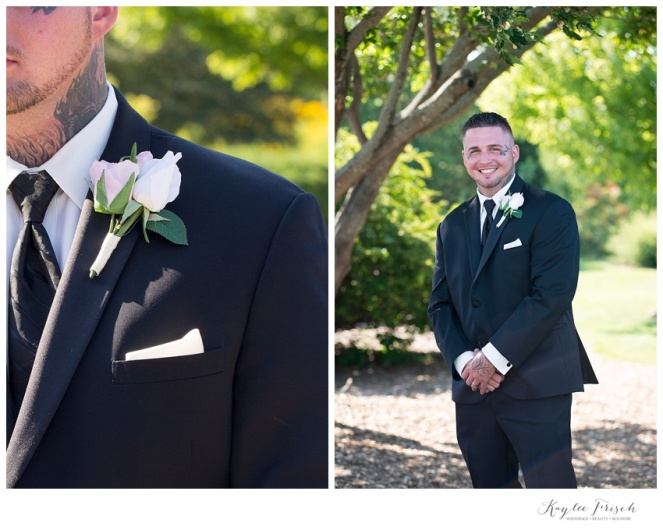 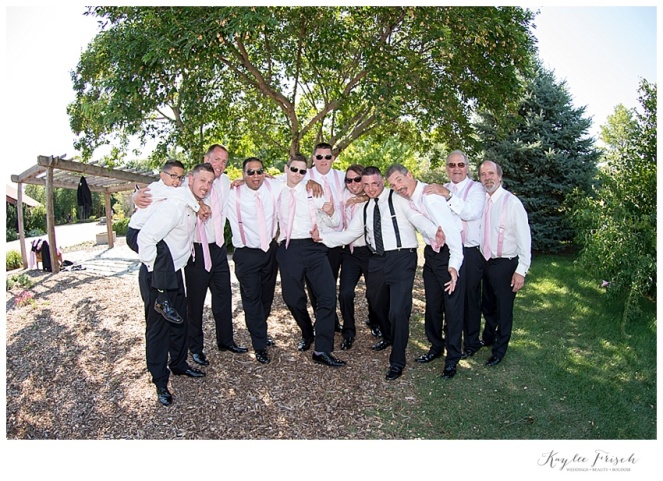 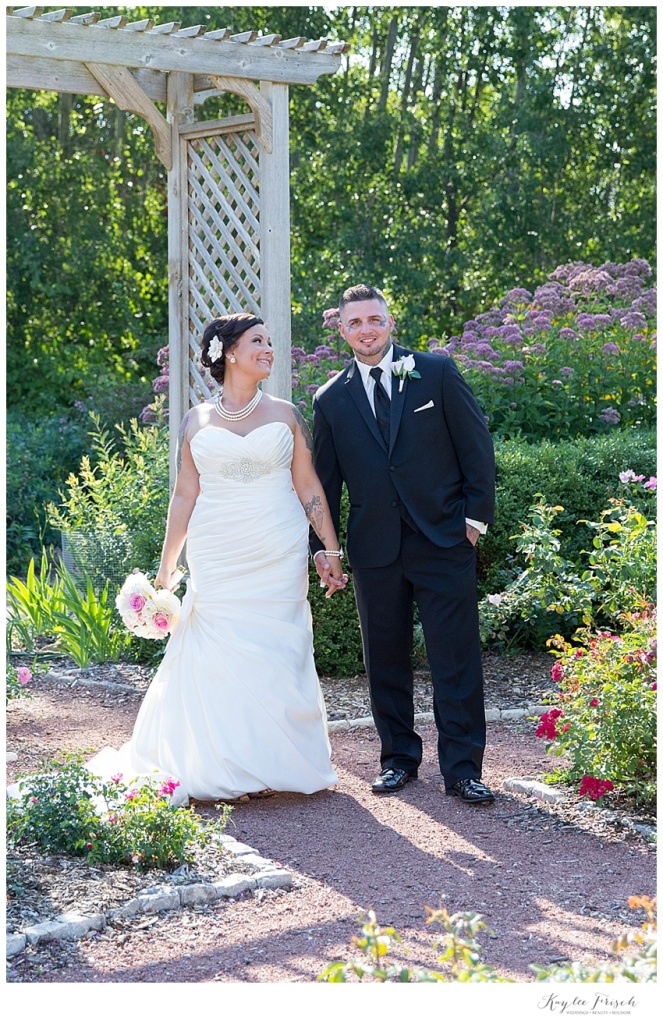 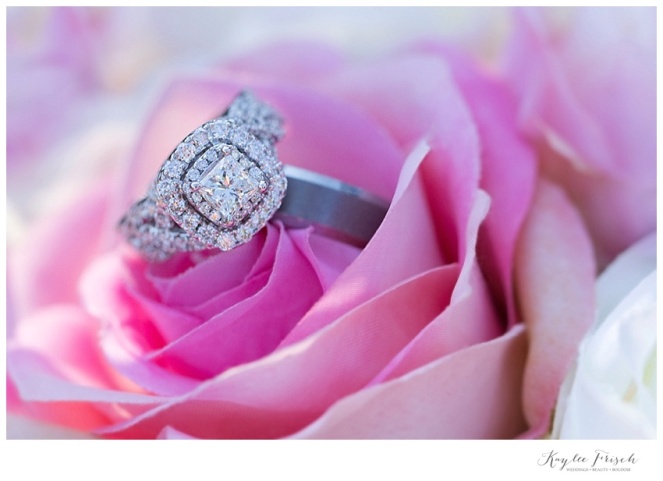 Sadi and Brandon went together to get her daughter from daycare when Brandon stopped in the parking lot and proposed to Sadi. Years ago, Sadi’s grandfather had also hid his then-girlfriend’s ring (Sadi’s grandmother) in the glove box of his car… only this time, Sadi wasn’t letting Brandon get away without getting down on one knee! 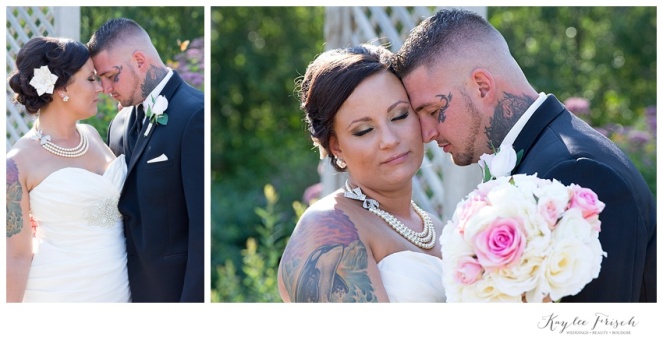 Seriously, how romantic is this?

The reception took place inside the Grand Chute ballroom at the Holiday Inn in Appleton. The wedding colors were pink and ivory and 250 guests joined in on the celebration! 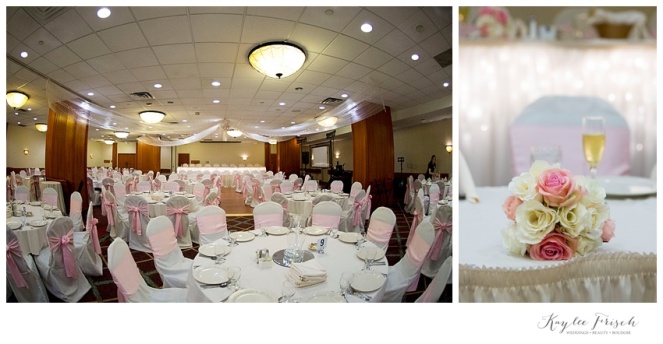 Above, the bride and groom swept away for a private cake cutting. Afterwards, we took a few extra family photos under the pergola!

Bralen admires her new daddy and likes it when he tickles and plays with her– she also loves his hugs and kisses and when he makes her laugh! As for Sadi, she admires the fact that he accepts Bralen as his own, and as Sadi said, “that’s a huge thing to take on a kid that’s not yours”. 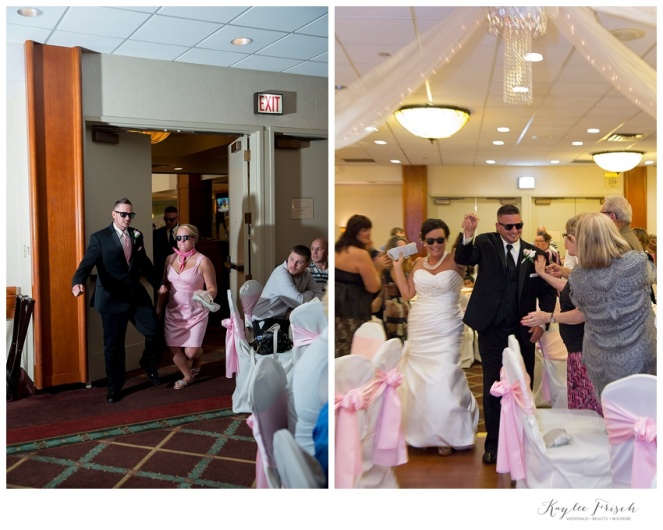 The toasts were some of the best wedding day toasts that I have ever heard. During this particular toast, one of the groomsmen “gave Sadi’s key back to her house”. He then welcomed anyone else who had a key to return it at that time. As you’ll see… there was a whole string of people! 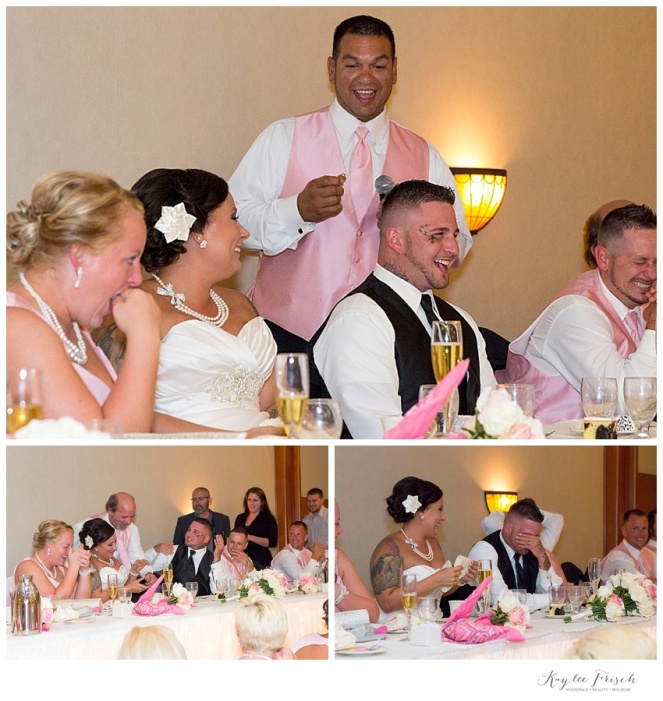 Just as I, as a bystander, was curious and entertained with the speech from above… this other interesting thing happened during the reception–apparently Brandon had finally received his “official” green card! :) 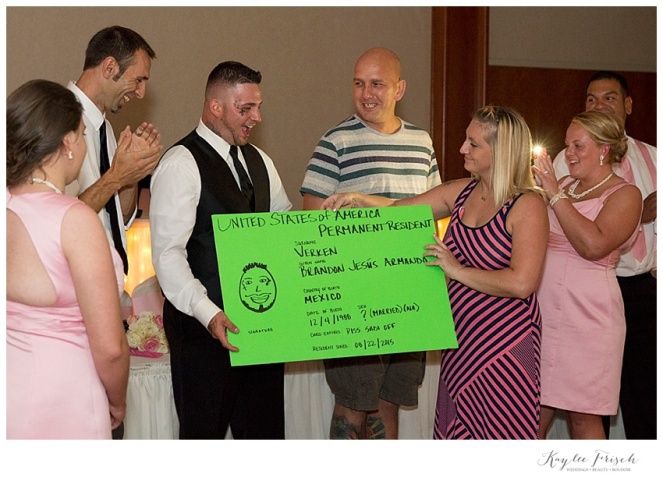 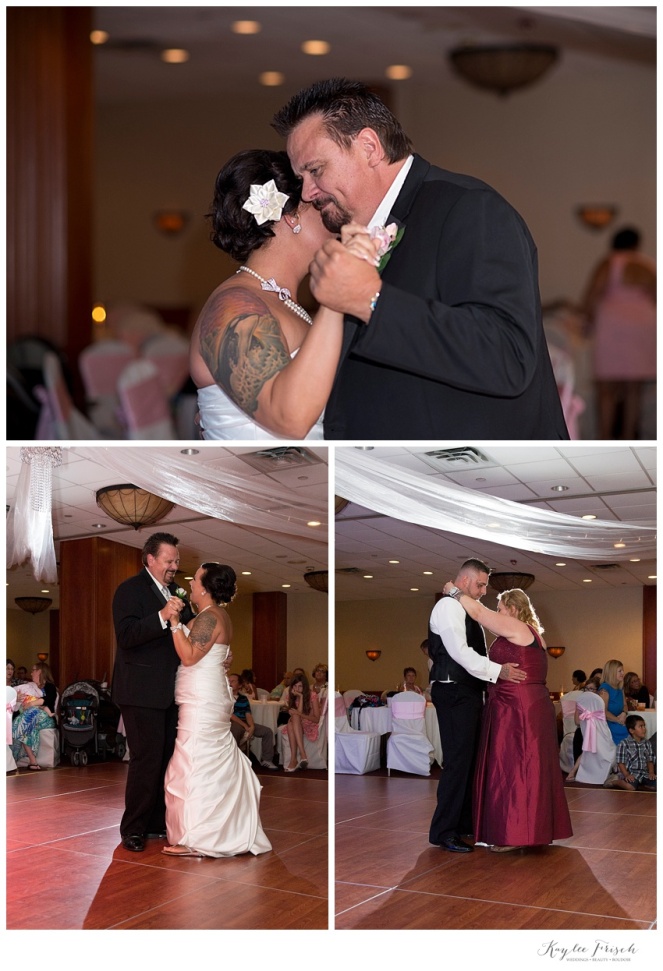 The song “Earned It” (as featured in Fifty Shades of Grey) by The Weeknd played during the garter removal–and Brandon, you certainly earned it! 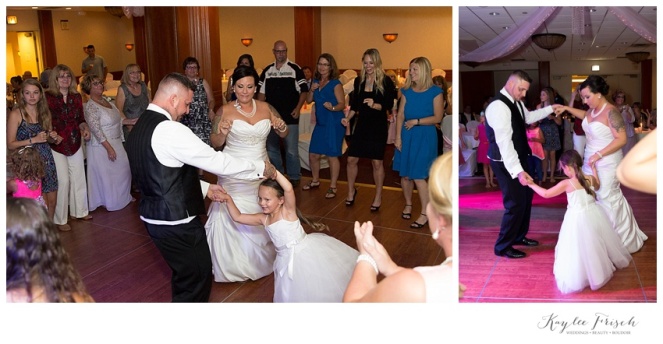 Sadi and Brandon, thank you for allowing me to share a part in your special day. It was a wonderful celebration and it was truly refreshing to watch two families come together into one beautifully blended family. God bless!

A special thanks also goes out to my second shooter, Kassie (Yori) Layman of Grace & James Photography in the Lake Geneva area!